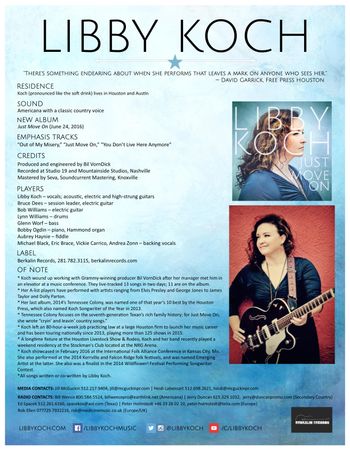 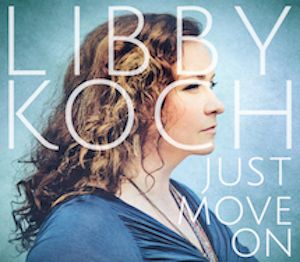 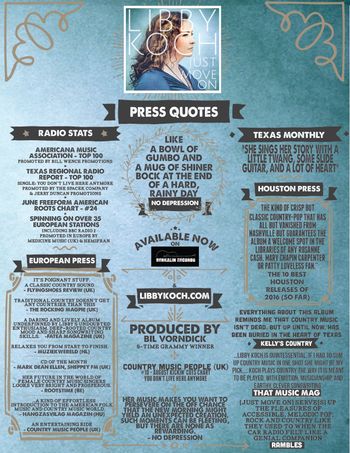 Top UK country music magazine Country Music People wrote a cover feature on Libby in their August 2017 issue. Click on the pictures below to read the article! 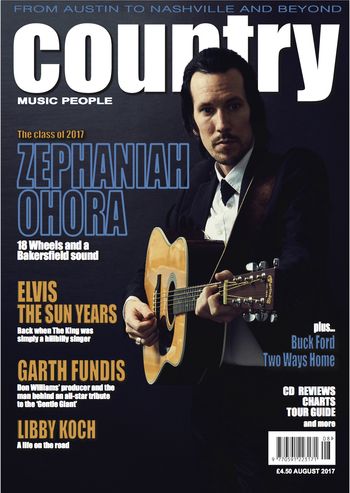 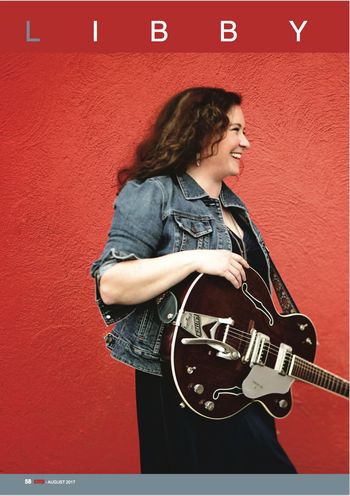 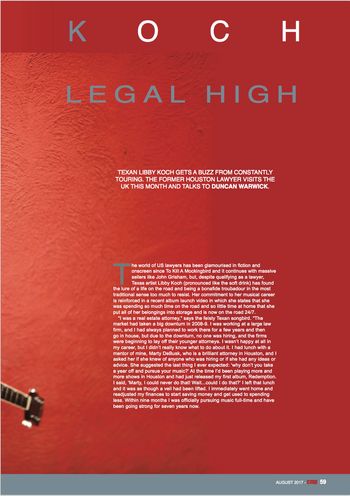 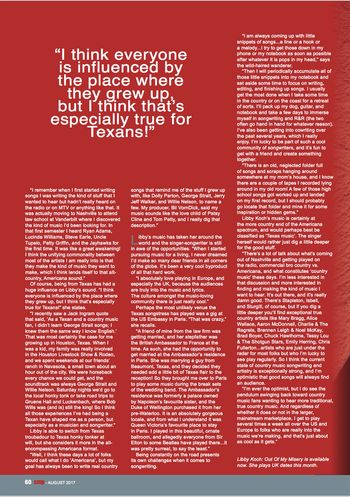 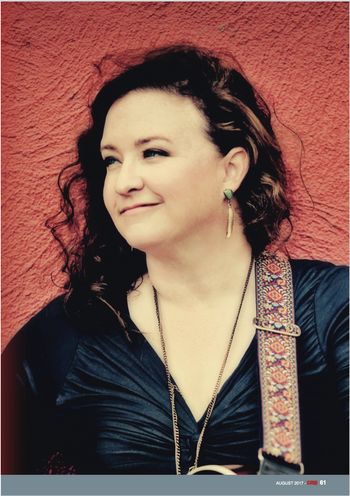 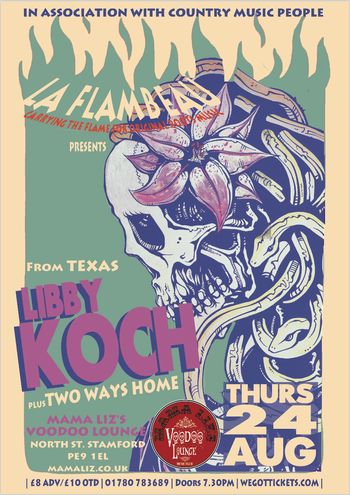 GREAT PRESS FOR "JUST MOVE ON"

“…like a bowl of gumbo and a mug of Shiner Bock at the end of a hard, rainy day.... Her music makes you want to persevere on the off chance that the new morning might yield an unexpected creation. Such moments may be fleeting, but there are none as rewarding.” - NO DEPRESSION (MIKE SEELY)

“…she sings her story with a little twang, some slide guitar, and a lot of heart.” - TEXAS MONTHLY (DAN SOLOMON)

"...if there was a genre for ‘retro-modern country’ then Just Move On is the poster child" - MAVERICK MAGAZINE (UK)

“…the kind of crisp but classic country-pop that has all but vanished from Nashville but guarantees the album a welcome spot in the libraries of any Rosanne Cash, Mary Chapin Carpenter or Patty Loveless fan. That said, fans who prefer their country music come from a dance hall rather than a coffeehouse will be rewarded handsomely with “You Don’t Live Here Anymore,” “Bring You Down” and “I’ve Been Blind” as well.” - HOUSTON PRESS (CHRIS GRAY)

“Everything about this album reminds me that country music isn’t dead, but up until now, has been buried in the heart of Texas.... If ever there is a song that brings true ‘country’ back to country radio, You Don’t Live Here Anymore will do just that. If you want to be a part of putting ‘country’ back on the radio, request airplay at your local station.” - KELLY'S COUNTRY

"…Libby Koch is quintessential. If I had to sum up country music in one shot she might be my pick.... Just Move On walks trodden ground, but does so with warmth and ease, expertly weaving together a number of country tropes into a comfortable and satisfying collection of originals. The album is an easy listen with enough depth and expertise to stay engaging.... Koch plays country the way it is meant to be played, with emotion, musicianship, and earthy, clever songwriting.” - THAT MUSIC MAG (ASHER WOLF)

“…serve[s] up the pleasures of accessible, melodic pop, rock and country like they used to when the car radio felt like a genial companion.” - RAMBLES (JEROME CLARK)

"'Just Move On' is a tasty in the hearing sounding album that relaxes you from start to finish." (translated from Dutch by Google Translate) - MUZIEKWERELD (NL)

"Instead of chosing for a career as lawyer, Houston based singer-songwriter Libby Koch selected to go for a much more unsecure musical route. All her albums demonstrate that she did make the right choices and that her future in the world of female country music singers looks very bright and prosperous. Her latest album “Just Move On” will help her to open more doors in the USA, but certainly also abroad" (translated from Belgian by Google Translate) - ROOTSTIME (BE)

"...a kind of effortless introduction to the American folk music and country music world." (translated from Hungarian by Google Translate) - HANGZASVILAG MAGAZIN (HU)

"Libby Koch is Ready to 'Just Move On'" - HOUSTON PRESS

Texas Americana singer-songwriter Libby Koch (pronounced "coke") is a “country meets soulful” (Free Press Houston), “feisty Texas songbird” (Country Music People) who “sings her story with a little twang, some slide guitar, and a lot of heart” (Texas Monthly). Libby is working on the follow up album to her critically acclaimed 2016 LP Just Move On (Berkalin Records). Working in Nashville with Grammy-winning producer Bil VornDick, she draws on legends from Patsy Cline and Loretta Lynn to Dolly Parton and Emmylou Harris, among others, to craft “true cryin’ and leavin’ country songs.” Combining her country soul with a seventh-generation Texas troubadour’s storytelling skill, Koch fills her songs with intimacy and honesty. Like the most timeless country classics, they’re the kind that make you feel good about feelin’ bad.

Koch’s gospel-grounded and honky-tonk voice powerfully navigates the emotions inherent in an album about relationships, starting with the opening break-up trio, “Just Move On,” “You Don’t Live Here Anymore” and “Out of My Misery” — three diverse, retro-to-modern songs that ultimately convey more about the triumph of empowerment than the pain of loss. Tracked live with veteran players handpicked by VornDick, the album, her fourth, is a fine follow-up to her 2014 release, Tennessee Colony, which drew on her ancestors’ stories to address themes of family, faith and home. Calling it “a frisky blend of country, folk, bluegrass and gospel set to some mighty fine fiddle, banjo and mandolin” and labeling it “daisy fresh,” the Houston Press put Tennessee Colony on its year-end top 10 list.

Though Houston native Koch began writing songs in junior high school, she never considered doing so professionally until she attended law school at Nashville’s Vanderbilt University, where she discovered she could hold her own in a city full of heavyweight talents. A job at a large Houston law firm convinced her music, not law, was her true calling, and eventually, she decided it was time to … just move on.